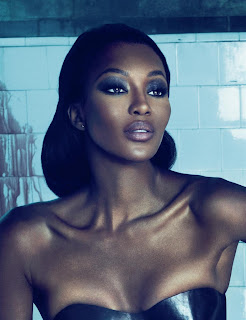 Naomi Campbell is one the fashion world's most successful models. With a career that spans over 25 years she no doubt has given even the younger models a run for their money. With one of the most sought after bodies in the business, she also has what I believe to be the best runway walk of all time.

Discovered in the streets of London at the young age of 15, she's graced the cover of over 500 magazines including Vogue, Glamour, Harper's Bazaar and Time.  She is just as known for her temper tantrums as much as she is for her ability to transform for every designer and photographer she works for.

Campbell was known as part of the infamous trio; Naomi, Linda and Christy back in the 1990's when Supermodels were paid tens of thousands to strut the runway.

Naomi is very passionate about discrimination against Black models in the fashion industry.  She has often spoken openly about the fact that designers have less diversity on the runway over the years.  Campbell is also very active in charity work having put on Fashion For Relief to raise funds for both the Katrina victims of New Orleans and again for those displaced by the earthquakes in Haiti. 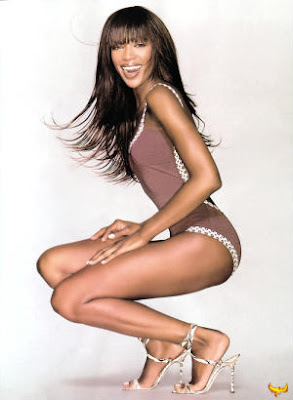