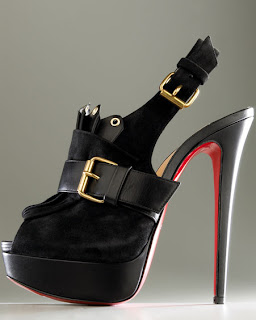 Christian Louboutin is one of the most respected shoe designers in the world.  Having grown up in a house full of women he didn't have to go far to draw on his sources of inspiration.  He's often said that he was inspired by showgirls and the way the carry their bodies in heels.
The man with the red-soled shoes has so many women around the world coveting his shoes and going to great lengths to get a pair.  See the video below for a glimpse of  his new collection for the season.

Also take a look at the SHOES link on the blog to see the video of his interview where he discusses how the infamous red soles came to be.