I had the pleasure of meeting Angelea Preston, from America's Next Top Model Cycle 14.  The Buffalo native came home to support this event and bring some celebrity power to the event.  She was absolutely wonderful and very down to earth.  So friendly and willing to talk to everyone, she hasn't let her success go to her head.

As New York wrapped up the collections for Spring 2011, upstate New York was showcasing what's hot and in stores right now for Fall 2010.  The 2nd Mercedes Benz of Buffalo Fashion Week was a major success.  Featuring homegrown model Angelea Preston of America's Next Top Model fame.  She opened the runway show for Macy's with a collection featuring some of the most luxurious furs from the vault.

Backstage models hustled while last minute touches were made for hair and makeup done by Sephora. 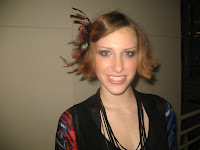 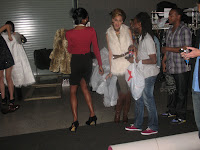 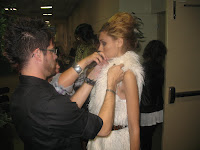 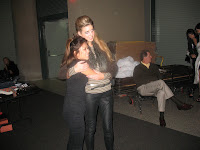 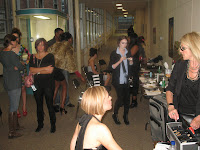 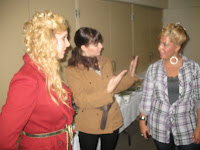 TT New York
Beautiful dresses, flowing gowns, everything that enhanced the beauty of a woman's body made it's way down the runway for TT New York.  One man in the audience even said "this is how women should dress every day for no reason at all."  Reminds me of a day when a man came to me and said he loves to see a woman in a dress.