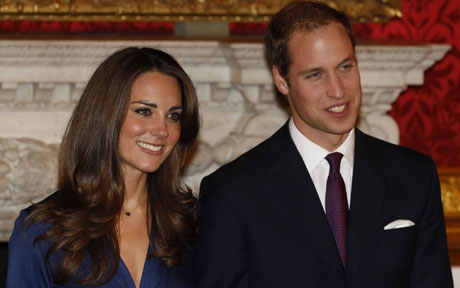 (Photo by Dan Chung: Reuters)
Prince William has officially proposed to his longtime girlfriend of eight years, Kate Middleton.  As a fashion blog, the news about this engagment comes with the ring he has given to her.  This classic piece once belonged to his late mother, Princess Diana.  It is a blue sapphire and diamond ring that his father, Prince Charles, gave to Diana in February 1981 when they were engaged.
Posted by Ivy Prosper at 4:13 PM