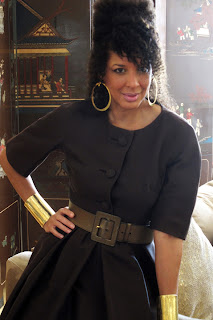 Suzanne Boyd is most known for her years spent at Flare Magazine.  She is the first Black woman to be Editor-in-Chief for a major Canadian publication.  She joined Flare magazine in 1990 as its associate beauty editor but after a family tragedy she left temporarily and soon was freelance writing with The Toronto Star and Chatelaine magazine.  Boyd soon returned to Flare in 1992 as acting beauty editor and quickly rose through the ranks to become Editor-in-Chief by 1996.

In early 2004 Boyd left Flare after being named founding Editor-in-Chief of a hip new magazine called Suede.  It was a new venture launched by Essence magazine.  Suede's approach to fashion was with an urban, streetwise edge and targeted at young multi-cultural women.  The magazine lacked advertising sales and quickly was put on hold by Time Inc., who became owners of the publication after gaining complete control of Essence.

Born in Halifax, Nova Scotia, as a child Boyd was raised in both Barbados and Dominica.  She spent her high school years in Jamaica before returning to Canada in the 80's to study communications at York University in Toronto.  With many journalistic accomplishments, Boyd was also one of the founding members of the Fashion Design Council of Canada.  She is a highly respected journalist, publisher and commentator on women's issues and diversity.

Boyd is currently Editor-in-Chief of Zoomer Magazine, targeted at men and women over age 45.  Under her leadership, Zoomer is one of Canada's leading magazines for those 45+.  It's an upscale publication that focuses on fashion, lifestyle, health, career and dating for a demographic that was often ignored but is now dominating with the growth of baby-boomers.