Truth or Dare by Madonna

She's been a fashion icon she she appeared on the music scene back in the 80's.  Through the course of her career she's been a trendsetter and has represented designers from Jean Paul Gaultier to Versace.  She took the leap into design in 2007 in a collaboration with H&M.  By 2010 she launched a label for young women called Material Girl.  The label's success has led to Madonna's desire to expand her fashion lifestyle brand.  With a fragrance set to debut next month, she is also stepping into the footwear business.  The icon is launching a shoe collection under the label, Truth or Dare, scheduled to hit stores in Fall 2012. 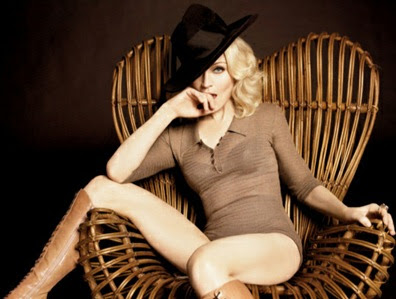 The collection will be produced by the Canadian footwear retailer Aldo Group Inc.  There will be over 60 styles available with prices ranging from $89 to $349 USD.  The selection will include various styles from flats to over-the-knee boots.  We can expect to see Madonna's creativity in the design of the collection.  She plans to have a hands-on approach consulting on every aspect of the design process.
Madonna's stylist, Arianne Phillips, will also be an important part of the product development.  Phillips was quoted in Footwear News saying, "Her fingers are really on this brand.  The first thing I did was remind her (Madonna) of all the shoes she wore over the years and we took the styles that we can't live without."

Stores that plan to stock her merchandise include Nordstrom and Macy's in the U.S, Selfridges in the U.K. and at The Bay in Canada.  By 2013 the label should be available in parts of  Europe including Italy and Spain.  The hope is that Madonna's name will garner mass appeal.  Her personal style and evolution over her career has set trends and defined a generation in fashion.