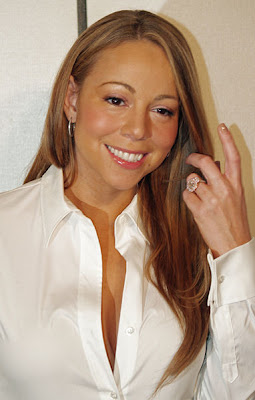 Mariah Carey is unveiling a new lifestyle line partnering with HSN.  The collection will include footwear, jewelry and fragrance and debuts on November 29th.

Most recently Mary J. Blige set a record selling product on HSN.  Perhaps Carey will have the same success.  The items  will be available on television via, HSN and on the internet.

The singer/songwriter/actress was eager to release her creativity in a new direction.  Mariah Carey is one of the most successful artists in the world (she has sold over 200 million albums) and her popularity will reach a wide audience for HSN.

This isn't her first venture into the fragrance market. She did it before with Elizabeth Arden in 2007 but this time around the scent fits more into her vision.  “From the inception of working with Elizabeth Arden, I wanted the fragrances to represent what I really like,” she said. “It really opened my eyes and opened the doors for me in terms of starting to think about going into other creative ventures.”

When you view the collection you can see Mariah's personality in every piece.  Fur-trimmed boots, nylon and butterfly earrings all represent a little bit of fun, flirtyness and her inner diva.